At the Mercedes-Benz Arena in Berlin, a unique handball world was created on 1,540 m² and was not only open to ticket holders. Jump throws, the Kempa trick or no-look passes could be practiced on a mini handball pitch. In Munich, Fans could also immerse themselves in the world of handball in the Olympic Hall. The circuit of the historic arena offered numerous opportunities for participation and entertainment – e.g. to perfect the outfit with fan make-up. The Cologne fan zone was housed in tents around the LANXESS Arena. Fans were able to enter the “Walk of History” directly at the entrance to get into the emotional mood. The handball club finder also provided direct access to club information.

“We wanted to give fans an incentive to enjoy a full-day experience in and around the halls,” explained Mark Schober, CEO of the German Handball Federation. Schober went on to explain: “By visiting the World Championship games, we wanted to inspire children and young people in particular to take part in a trial training session in a club.”

For the DHB, the 2019 Handball World Championship was a huge success, with spectator numbers beating all previous records. A total of over 900,000 spectators watched the 96 matches of the Championship in the arenas in Denmark and Germany. The number of TV viewers was also impressive: with a top result in the main round of more than 10 million viewers and a record number of 11.91 million viewers in the semi-finals on public television, it was impressively demonstrated that handball as a popular team sport has achieved a high social significance! 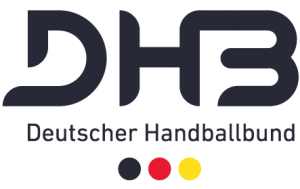