As one of the first sports organisations in Germany, FC Schalke 04 decided early to take a step into eSports. In addition to a team dedicated to “EA Sports FIFA” and “PES eFootball”, the long-term project of the traditional football club also includes a team featuring in the eSports title “League of Legends” supported by their very own “League of Legends Academy”.

“League of Legends” developed by Riot Games is one of the largest and most successful eSports titles in the world and was identified by FC Schalke 04 as an important component of its internationalisation strategy.

mm sports provided FC Schalke 04 with the key bid book for the successful tender for the strictly limited “League of Legends LEC” franchise league, which was founded in 2018. In addition to content consulting, mm sports also implemented the visual design of the bid book.

By participating, FC Schalke 04 eSports can consider itself one of the most important eSports teams in Germany and Europe. 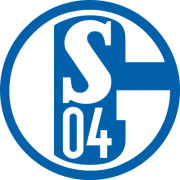